As a first generation Iranian American, Arman was introduced to Iranian language and culture at a very young age. Farsi became the first language he spoke and by the time he turned 5 years old, Arman had already traveled to Iran four different times. He greatly missed his family in Iran so in 2011 his parents had the brilliant idea of enrolling him in ICEC. He quickly fell in love with attending ICEC classes. Arman was included into the tight knit Iranian community where he met many of his life-long friends. He was no longer homesick as ICEC had become his “home away from home”. Throughout his 7 years of attending ICEC, Arman gained confidence in his ability to speak Farsi and he gained an appreciation of Iranian culture. ICEC had become a huge part of Arman’s life, so after he graduated from ICEC, he became a teacher assistant for two years. Similarly, Arman used his knowledge of Iranian traditions and customs to educate non-Iranians. At his high school, Arman oriented many of his club meetings in his high school towards appreciation of cultural diversity and the sense of connection to community matters, disproving negative stereotypes about other cultures and informing students about Iranian culture and languages. Overall, Arman dedicates his love of learning to attending and educating at ICEC.

In June 2021, Arman graduated from Thomas S. Wootton High School and is currently enrolled at the University of Maryland. He is pursuing a major in Biology and minoring in Persian Studies. Arman’s long-term goal is to finish medical school and dedicate his first few years as a doctor working in underfunded villages in Iran and other Middle Eastern countries. 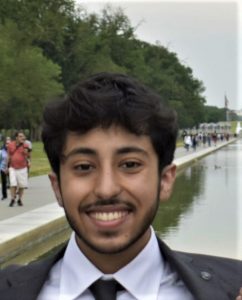